As Anguilla commemorates its 50th year in honour of the revolution, this year’s festivities and events were celebratory and indeed, bigger and better than ever before. On August 7th,2017, the annual August Monday Caribbean Beach Party, produced by Mr. Fitzroy ‘Briggy’ Tomlinson and his team at BEP Services, commenced at Sandy Ground from 12noon until 1am.

This event has been attracting thousands of tourists to our little island destination; departing from our sister islands as well as the U.S.A, Europe and even Canada. There is no doubt that it has been a musical spectacle which has, and continues to, highlight Anguilla on the map.

Wholly, the event was more than a huge success for BEP Services, who have been contracted to produce the event until 2019, and Anguilla as it attracted a significant amount of recognition – having made headlines on social media and in regional and international fora. It also continues to be an opportunity for visiting artistes and their ardent fans to experience Anguillian culture and music, and, for Anguillian artistes to perform in front of persons from across the world.

With remarkable and applaudable performances from such socially influential and internationally acclaimed artistes and bands, such as, R. City, Teddyson John and Admiral T, the August Monday Caribbean Beach Party team had attendees flabbergasted.

“This show isn’t missing me next year!” a tourist exclaimed to another. At that time, R City was performing and they were screaming the lyrics to the top of their lungs.

Utmost appreciation is also extended to the individuals who were the backbone of the production: production manager, Mr. Derek Lewis; stage manager Lyndale James; Bakari Wallace, Sharon Richardson Lowe, Shane Thompson, Cleonette Lake, Omar Tomlinson and Jamarri Roberts. Also, to the venue prep team, Aristo Richardson, Sylvester Hanley, GAF and his team at Titanium Sounds, Junie Fleming (Superior Industrial Equipment), Preston Hughes (Ground Transport Team), Dwight Peets and all those who were inadvertently omitted. Without the above persons’ help, there would have been no 2017 August Monday Caribbean Beach Party.

We anticipate what BEP Services, the sponsors and artistes have in store for 2018, continue to do what you do best! 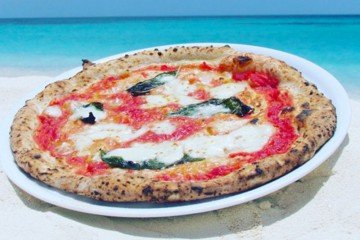