Many events have been affected by the COVID-19 Pandemic. For government updates, visit http://www.gov.ai/covid 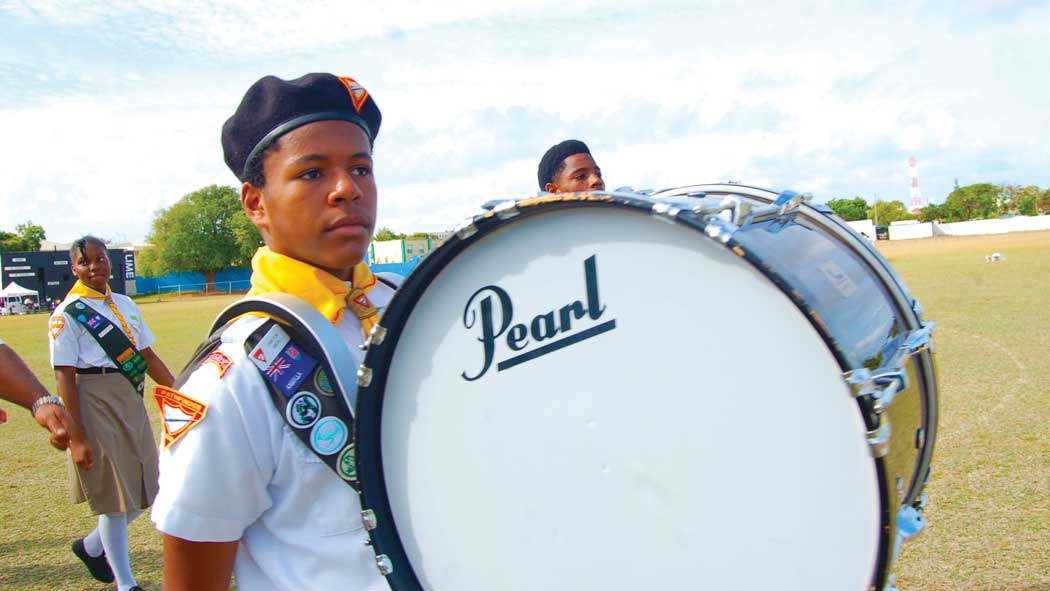 The Anguilla Day Parade on the James Ronald Webster Park (named after the “Leader of the Revolution”, first Chief Minister and “Father of the Nation”) dominates the colourful pageantry of the national holiday celebration marking the expulsion of the beefed up police garrison on May 30, 1967.

The police had been mandated to prevent further disruption of the celebrations heralding in St. Christopher-Nevis-Anguilla’s  transition from being a colony to associate statehood (semi-independence) with Britain.

On this day, the parade begins at the police station, to the Ruthwill Auditorium and finally, to the park which becomes awash with the brilliant national colours of orange, turquoise and white. The colours also accentuate an awards table that is decked with beautiful flowers and a raised dais on which stately stand Her Majesty’s Governor, the Chief Minister and Leader of the Opposition who each, at some point, impress upon the crowd the need for increasing unity and continued peace in their tiny, beloved homeland.

Visitors and locals – many boasting the national colours in dress, headwear and other accoutrements – pack the stands and the specially erected tents for invited guests, spilling over onto the well manicured grounds on which patiently stand in beautiful formation members of the islands’ many uniformed groups, including students from the many schools, the bright rays of the early morning tropical sun sparkling on the many rows of uniforms of varying colours, creating a veritable rainbow.

The Pathfinders, when participating, bring added colour to the celebrations with an impressive drum drill; and, the Royal Anguilla Police Force embellish the ceremony with a musical interlude, a gun drill and march past the dais.

A high point is the presentation of impressive medals to business icons, social workers and heroes and heroines of the Revolution all of whom were adjudged to have made a significant contribution to the growth and development of their beloved Anguilla.

An Anguilla “proud, strong and free!”

Events are subject to change. Subscribe for event updates | View events by Category