Anguilla will observe an Official Week of Mourning as a mark of respect for the late Father of the Nation Mr. James Ronald Webster beginning today, Monday January 9th, 2017.

On Tuesday January 10th, 2017, the body of the late Revolutionary Leader and Father of the Nation will be taken in a motorcade (see route below) across the island beginning at 9am. Students from pre and primary schools and the Albena Lake-Hodge Comprehensive School, Campus A & B will line the streets in their school areas and wave flags as the procession passes.

Wednesday January 11th, 2017 will be marked by a Special Sitting of the House of Assembly to mark the beginning of three days where the body of Mr. Webster will Lie In State. The Albena Lake Hodge Comprehensive School Choir will render the National Anthem and the National Song at the commencement of the proceedings. In addition, following the Special Sitting, students will have an opportunity to view the body prior to public viewing.

The State Funeral will be on Friday January 13th, which will be held at the St. Mary’s Anglican Church beginning at 12 noon.  On that day, which will be a public holiday, the students will line both sides of the street from the Atlin Noraldo Harrigan Parliament Building to the St. Mary’s Anglican Church as the funeral procession leaves the House en-route to the church at 11am.

Following the Funeral Eucharist, the students will again line both sides of the street from the church to Pope Hill as the funeral cortege wends its way to the final resting place for the island’s first Chief Minister.

Rey’s Funeral Home west along the  main road  to take in the Bethel Methodist Pre-School; turning left at the junction into Blowing Point –  past the Adrian T. Hazell Primary School down to the Blowing Point Ferry (turn using the main parking area in front the of terminal building).

Along the main road  – via the Spring Path Road – down to West End – Alwyn Allison Richardson Primary School –  down to the Cove Castle junction – do a U-turn and back up –  take a left using the Meads Bay Road via Long Bay – return to main road at Long Bay stop light turning East.

South Hill – left at roundabout down to the Sandy Ground Village – continue around the pond – proceed to the roundabout – left into North Hill – right on the Reverend C. L. Carty Highway into Crocus Hill to W.I.S.E.  down the Old Valley Area to take in the pre-school at the Ebenezer Methodist Church – take a right from the main road in front of Ashley and Sons – Landsome Bowl Cultural centre to the Valley Primary School.

Left at the St. Mary’s Anglican Church (St. Mary’s Pre-School students will line the road) – to the roundabout – continue along the Queen Elizabeth Avenue – Albena Lake Hodge Comprehensive School (Campuses A & B alongside the wall at the Ronald Webster Park)

Left at junction along the Stoney Ground main road to take in The Outreach Pre-School (students to assemble alongside the main road) into Little Dix – right at roundabout – on the Welches main road to take in the First Baptist Christian Pre-School onward to Island Harbour to Vivien Vanterpool Primary School continue along main road via White Hill to the Morris Vanterpool Primary School at East End.

Left at Proctor’s junction into Rey Hill to take in the Central Christian Primary School.

Continue along the Airport Road – onward to George Hill to Rey’s Funeral Home to take in the Anguilla Community College.

Members of the General Public are also invited to line the main road in the respective areas as a mark of respect as the procession passes.

Members of the motoring public are asked to proceed with due care and attention on this day and to observe the directions that will be provided by police officers on duty along the route.

How you can spend New Year's Eve in Anguilla 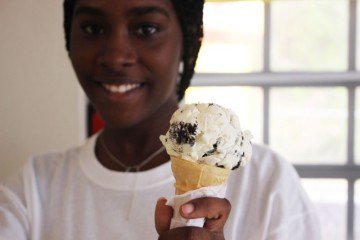