Home»Events»Parade of Troupes: A River in The Valley
Events

How you can be a Reveler too!

Locals, tourists and other spectators line the roads of the capital, much like the banks of a river, to see the revelers, intoxicated by the sound waves of music and the rapids of adrenaline-induced waist movements, flowing down The Valley.

What makes this event so distinctive from the other festivities? It’s the thrilling anticipation and friendly competition at the climax of the Anguilla Summer Festival, featuring all the winners from the festival’s events! It is indeed very enlightening to witness competing troupes and the bands alike, ‘battling it out’ – while still having fun – for Troupe of the Year and Road March champions, respectively.

Among the many sights of the parade is the participating troupes whom arrive in hundreds, dressed in their flamboyant costumes and Mocko Jumbies (revelers walking on wooden stilts) filling the streets emulating the vibrancy of the Anguillian and Caribbean culture. Then, combined with the live sounds of soca resonating throughout the capital and neighbouring villages, the excitement and sounds ought to make you want to shake a leg from the sidelines or dive into the congo line just like Veronica Vega from the US, who was seen enjoying herself in a troupe! Some troupes also include those who are painted, especially those in black, formally known as Jab Jab – this has a very significant cultural meaning dating back to slavery and the time of emancipation.

This year’s 2015 Parade facilitated eight troupes who enthusiastically competed to be the best troupe as it relates to their costumes, routines and energy. Accompanying them was four of the local bands competing for the coveted title of ‘Road March Champions’: Pantha Vibes International, Exodus HD, De Movements Band and North Sound Band and DJs.

If you missed out on the winners of the events, the Parade of Troupes provides an opportunity to behold the victors of the Soca and Calypso Monarchs and the many pageants – Scotiabank Talented Teen, Miss Anguilla Queen Show, Miss Swimwear, Miss Tiny Tott and the Prince and Princess Show.

Recommended for you: How to be a part of a troupe for Parade of Troupes

Want to share your Anguilla experience? Be it photo, video or article; share what you do in Anguilla with us.

I'll Forever Love Anguilla & all there is to do 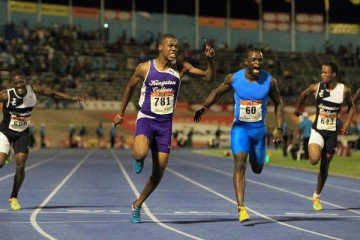