Costumes, paint and confetti coloured the streets as picturesque on the face of the island for the 2017 Parade of Tropes in Anguilla. It’s about that time of the year again! Adults and children all came out to witness this epic experience that basically summarises the annual Anguilla Summer Festival.

Recommended for you: How to Join a Troupe Taking off from the Coronation Park, the jam session began with the Players Troupe, Majestic Gems, the Klassique Old Timers, Island Revellers, Lions Troupe and a few of the Regnant Allure Mas Band all along with their sponsored band. As the sidewalks were filled with persons soaking in the wildness of the masqueraders, some others joined in the fete and enjoyed the music just as though they too were a part of the troupe. On the road, persons of all age groups participated. The sun blazed on that Friday afternoon, but that for sure didn’t slow anyone’s drive.

The detailed costumes with gems, sequins, feathers and glitters played a huge role in the attractiveness of both the revellers and their troupes; not to mention the dancing. The momentum that was put into dances and even the music coming from trucks was impeccably performed— in fact so exemplary that persons looking on were seldom still as they bounced, wuk up and even reiterated the chants word for word!

Our neighbouring islanders as well as persons from the U.S, Canada and the U.K joined in the festivity that brought all soca lovers, party animals and extroverts together. Revellers interacted with spectators and gave the photographers and videographers a task that they will enjoy. Not forgetting to mention, winners from this year’s pageants and competitions joined masqueraders on the road and displayed an elegant feel of the parade. As Miss Anguilla waved gracefully with the physique of a real Queen of her island, she was accompanied by our reigning Sr. Calypso Monarch winner.

Miss Talented Teen appeared as a princess on her float as well as their beautiful 1st place runners up. The winners of the Jr. Calypso Monarch sung and danced their way through the streets as they heard the music that was resounded by the bands. Our Miss Tiny Tott 2017, Kyanee Rogers, held down her own float as she appeared as an underwater princess. I must commend them greatly on their efforts, dedication and hard work. All troupes did an outstanding job; they all delivered and definitely gave the bystanders what they came for… a show and a good time all the way to the Carnival Village! With all colours of the rainbow, unique and creative designs, it should have been possible for all troupes to have been the winners of the most colourful troupe category despite their differing themes.

However, there must only be one winner and as a result, Players troupe won most colourful troupe and largest troupe. I guess they screamed “NO WAY!” to the other troupes as they swept up the win. As deserved, The Old Timers troupe took home the trophies for most cultural troupe.

Subsequent to the announcement of the troupe winners, it was that time of the night to finally publicise which band won the Road March title. After the J’ouvert morning session and judging the results were final and about to be announced. All that could have been heard was the sounds of men biggin’ up their band and arguing about which band was about to get the name “Road March Champs”.

After being kept in utmost suspense, it was finally revealed that the winner was Infusion XL; and the crowd went willlldddd! After 4 years, the guys behind it all did contribute to a hype session and most definitely an energetic sound. They must have felt it coming as they said in their song “One day, we will be strong!” Unfortunately, Exodus HD did not mash enough gas for their Drive for 5. Parade of Troupes 2017 was an unforgettable one – one that will be marked in the books of history. Apart from the rich variety that was present with each troupe, it was the year Infusion XL crept up and definitely cleaned up! The spirit of the locals at this event in particular complements what the Anguillian culture is.

Albeit some were endorsers of different bands and troupes, the idea that we are all ONE was reinforced by this festivity. One genre of music, one type of dancing, one setting, one island and one people; together we may have different interests, different energy and different styles but at the end of the day it all spurted from one place —  ANGUILLA! 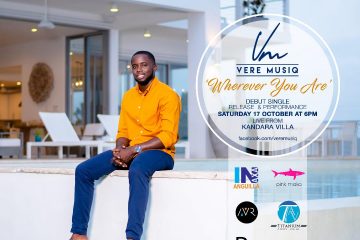