Pioneering a new model of Marine Park management in Anguilla

US$360,000 awarded to Anguilla’s Department of Fisheries and National Trust to restore and manage Anguilla’s Prickly Pear Cays and Marine Park

In an announcement made on 1 November, the UK Darwin Plus biodiversity and climate change initiative confirmed funding to the Department of Fisheries and Marine Resources (DFMR), the Anguilla National Trust (ANT), Fauna & Flora International (FFI), and the University of Roehampton (UR) (United Kingdom). The £289,400 (approximately US$360,000) grant to the agencies will be used over a period of three years to test a new model of ecosystem-based management in the Prickly Pear Marine Park.

The project, entitled “Pioneering a new model of Marine Park management in Anguilla,” is to be led by DFMR and is being implemented in partnership with the ANT, FFI, and UR. As the Prickly Pear Cays are privately-owned, landowner support for the project was secured. Adopting a participatory approach that allows for collaboration between the Government of Anguilla, non-governmental organisations, and the private sector, the project is based on the principle that effective restoration, conservation, and management of both marine and terrestrial habitats is required for the whole marine park system to work.

Principal actions supported by this project funding include: completing marine and terrestrial biodiversity assessments; installing of mooring and marine park demarcation buoys; eradicating rats from the islands; establishing a biosecurity programme to prevent the reinvasion of rats and other invasive species; developing a stakeholder-led and -approved management plan for the islands and the waters surrounding them; and building national awareness and support for marine park management and biodiversity conservation on the Prickly Pear Cays. It is also hoped that this project will demonstrate best practice for participatory coastal ecosystem management.

The Prickly Pear Cays and the marine park waters are amongst Anguilla’s most popular and heavily visited. They have also been identified as both globally important and a key biodiversity area due to their nesting sea birds, endangered and critically endangered nesting sea turtles, and a newly established endangered Lesser Antillean iguana population. This project therefore takes an approach that seeks to balance habitat use and critical biodiversity conservation: it will ensure the involvement of stakeholders at a grassroots level in the development and implementation of management strategies and recognises the contribution of the cays, their surrounding waters, and the rich biodiversity that they hold to Anguilla’s economy and tourism product.

For more information about this Darwin Plus-funded project, individuals are asked to contact the Department of Fisheries and Marine Resources at 497 2871 or email fisheriesmr@gov.ai or the Anguilla National Trust at 497 5297.
(photo credits: DFMR and ANT archives) 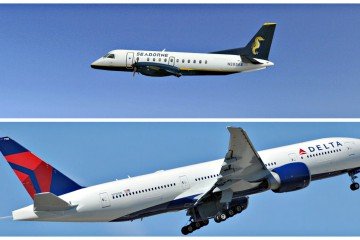