Exploring the dazzling streets of South Valley on the 5th of August 2017, during the South Valley Street Festival, one had no choice but to be captivated by the decorations, delectable aroma of food, resonating sounds of music and smiling faces of locals and tourists. The South Valley street fair was started 6 years ago, by a few of the known persons: Lydia Levans and Barbara Carty. Since then, it has been an annual event and an integral part of Anguilla’s Summer Festival.

In addition to cultural foods, the fair also offers cultural drinks and snacks such as passion fruit juice, sorrel, mauby and tamarind jam. Local vendors also showcased their skills through their astounding artwork, jewellery and clothing pieces which were also on sale. There were no dull moments at the festival because there was non-stop, stimulating entertainment provided by Control Band out of St. Martin, and local entertainers such as Mystic Vibes, Took & the Boys, Frontline Squad, Boss & the Horse Power Band, Latest, Wiggy, Dwight and various DJs.

No feet were still and no hips at rest, as the compelling vibrations put everyone in the mood to fete. The echoing slams from the domino competition created a light hearted mood for the players and spectators. Additionally, because the sun was blazing, there was a pool – provided by Placid Pools – for adults and children to cool off.

Attending the festival is definitely a must do for the annual Anguilla Summer Festival as it aims to bring Anguillans together to celebrate the future and embrace the past. Anguilla’s culture, heritage and talents are exhibited to locals and tourist every year, at this unique festival. The generous organizers of the event also donate proceedings to institutions in the community such as The Valley Primary School. The mixture of foods, artworks, entertainment and hospitable people is what makes The South Valley Street Fair a unique, enjoyable and enlightening event that everyone must attend. 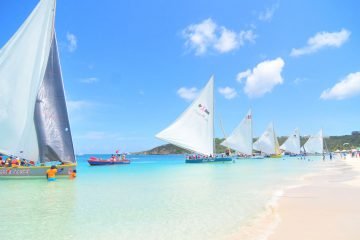