I remember my first race as if it happened yesterday. It was a regatta style. Boat rigged and ready to go, the 2017 August Thursday race was under the starter’s command.

Awaiting the starting horn, there was dead silence in De Chan. The horn blared and instantly the captain and crew spun the boat right around effortlessly and the race began. The crew pulled ropes in unison. This was an eye-opener. The harmony, however, was not enduring.

Seated in the boat, clueless, I started looking around. The billowing gleaming white sails were set, the boat was tearing through the turquoise water, as were the others, but I felt no breeze blowing, none.

As the crew performed their tasks, the mechanics of racing unfurled. The boat’s mainsail was almost at a 90º to the boat and the jib in a cup-like shape to catch as much wind as possible.

The gentle breeze forced the boat forward, with the captain’s direction. The race was never going out but who could make it to shore the fastest.  De Chan went around the buoy first and we were on our way back in first place.

The race was on now. I was elated as I was beating my father and on the verge of winning my first race.  The forward man did an exceptional job in calling the wind as the captain maneuvered his boat through the water. The crew seated on the side of the boat, at times were almost in the water as the boat keeled up from time to time.

The end was in sight. A crew member demanded that we go as close to the land as we can, to better position ourselves, but we didn’t and here is where confusion began.  Two boats from in the land flew past us and the man uttered some colourful words I dare not repeat. “Told y’all let’s go back from long…. time to catch de breeze from in de land but nobody wants to…. listen.” When we decided to inland, it was too late as the boats were long gone.  De Chan placed third because of that one bad decision.

A frown hid behind a smile, I placed third and congratulated my dad.  But this is the beauty of boat racing.  All it takes is one bad decision to lose your position and the race. My first race was beautiful, the closest I ever got to a first-place since I started racing and it was also the most enjoyable one to date. 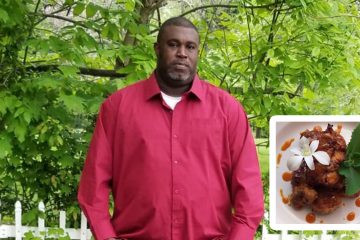 What do a firefighter and a chef have in common? They both have to deal with heat. It is not every day a firefighter may have to out a fire, but indeed every day a chef must face the fire and feel the heat in his/her kitchen. “Failing was not 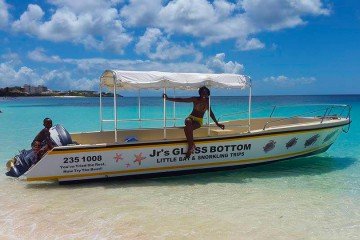 I’ll Forever Love Anguilla & all there is to do