For many people, the most amazing thing they see is the house right across from them. This is true for me as well. However, the house across from me is the ocean.

Over the years I have learned to understand the ocean and its many moods. It has become an integral part of my morning to eat and converse with the sea. The ocean has a lot to say if you are willing to listen.

Great ships came from greater seas, strange people came from stranger lands and powerful storms bring new ages, each leaving something to be discovered. These are the great stories I hear every morning.

I often watch from my perch atop the cliff as the salt water’s friends come and go, their sails flapping in the wind. I see how the ocean plays with the vessels no matter the size and wonder if that is how it reacted with the great ships of the past.

I sometimes get an answer as great ships do sometimes pass by, barely phased by the dancing waves. The ocean often tells me during a storm the great ships are not as great as I believe.

If you have ever seen the ocean after a storm it is completely calm. It is almost as if the water is trying to repent for facilitating the fury of the storm.

The ocean offers a subtle apology for being so easily manipulated by the wind. And the waves lap the shore with a hangdog expression beckoning you to return to its liquid embrace. However, this is a false apology and the resulting resentment leads to a hiatus from the sea and its stories.

No matter the ocean’s conduct, it always says goodnight the same way. Bright reds and oranges paint the sky as everything visible fades into silhouette.  If you are early enough blues and pinks transform the landscape into something completely surreal.

This is my time of day to converse with the deep as it is the most relaxing time. As I watch the ocean drift off into sleep I wonder what conversations other people have with their views and end up drifting off as well. 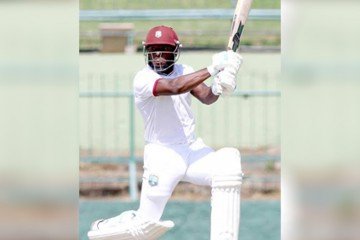