Miggy Llorera / February 1, 2019 / 1.1k
0
Miggy Llorera 2019-02-01
I do this for de culture yeaaaaa. I do this for this little place. Anywhere ah go you know I reppin’ de AXA”
— Higher (sung by Shea Shea; written by Shervaun “Diction” Edwards)
It is without a doubt that Anguilla has a great deal of talented persons! Sooo talented that in 2018, a handful of Anguilla’s very own shone ever so brightly on regional and international platforms.

We boast unapologetically (as we should!) about how exceptional our people are in general; much more when they compete against other countries! I believe it’s safe to say that we ‘bodied’ 2018, don’t you agree?!

We are amongst some of the most courageous, athletic, driven and show stopping persons of Anguilla: Zharnel Hughes, Shara Proctor, Hasani Hennis, Jahmar Hamilton, Mikiah-Herbert Harrigan, Rechelle Meade and Dee-Ann Kentish-Rogers, to name a few.

He subsequently received the title of Male Athlete of the Year for 2018 at the British Athletics Writers Association awards.

Legs for daysss! Shara Proctor, like Zharnel, has been competing for Great Britain, but she has been doing this since 2011. Ever since, she has set national records for Anguilla, Great Britain and even in Beijing. In 2018, she did exceptionally well at the Commonwealth Games (as predicted 😉) and won the bronze medal.

For the first time in history, an Anguillian won first place in the Annual John T. Memorial Cycle Race. Hasani Hennis, who has been a long-time cyclist and has regularly placed in the top 5, came out victorious this time around.

He also competed at the 2018 Commonwealth Games in the Gold Coast, Australia in April where he finished first out of all Caribbean islands! He will be continuing his training in Australia in 2019.

Here we have Mikiah Herbert-Harrigan. A PHENOMENAL basketball player. She is one who contradicts the views of sexism and I LOVE IT! Mikiah is no stranger to the sports field, much less to basketball where she has been excelling in for the past couple of years. But, in 2018, Mikiah has made us proud on numerous occasions.

In that year, she played in her second SEC Women’s Basketball Championship on ESPN2 for her team, South Carolina! But, it doesn’t stop there! Mikiah strives to play in the WNBA and to be frank, at the rate she’s going, she got this all in the bag!

No stranger to the track and the field, Rechelle’s intense training has positioned her to break the 15-year standing record of University of Idaho for long jump. In this leap, she also achieved her career-best of 6.17 meters.

Following his successes in the Leeward Islands cricket as a wicket-keeper batsman and his performance in the A team, Jahmar Hamilton became the 2nd Anguillian to play for the West Indies.

For a moment like this, some people really do wait a lifetime! Last but not least, our queen, THE Queen – Miss Universe Great Britain, Dee-Ann Kentish-Rogers. I’m truly in awe. What more can I possibly say?! From her beautiful locs to her gracious runway walk, Ms. Dee-Ann Kentish-Rogers took our breath away!

Our Miss Anguilla 2017-2018 is definitely one for the books! She did more than just compete in a beauty pageant, she wanted more, worked for more and she reaped more!

Dee-Ann went ahead and competed in Miss Universe Great Britain and showed them how deserving and how much of a queen she truly is! Furthermore, she had us speechless when she did her thing, gleaming in Thailand for Miss Universe 2018! It was already a huge accomplishment being a contestant in Miss Universe 2018, but she even made it in the Top 20!

Amalia Watty made it to the top 20 in American Idol having captivated the judges and audiences with her beautiful voice and musical renditions along with her great fashion and afro. The same afro that made Lionel Richie (one of the judges) joke about the nostalgia he felt of his days wearing his hair in an afro. She may have even been the impetus for Lionel Richie spending his Christmas/New Years in Anguilla!

Three very talented young musicians; Kamal Vanterpool, Kyiv Edwards and Kasem Thompson, made their way to the prestigious Carnegie Hall to render a performance in front a distinguished crowd.

Some other Anguillians to keep a lookout for include, but are by no means limited to:

There are no words to express how much gratitude Anguilla has for our exemplary role models. And, we have so much more to offer! Just watch. To the Anguillians, far and near, making strides in various areas of life continue towards your goals! WE are PROUD of YOU!

Who do you foresee making big moves in the years to come? Leave a comment below.

Tags:EventsMusicWhat We Do In Anguilla

Just imagine… Anguillians… one day competing in Olympic swimming. While this may seem like a dream, we have already seen the likes of Zharnel Hughes… 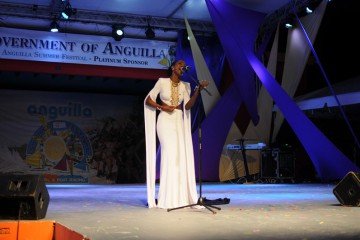